Elon Musk’s purchase of Twitter weighs heavy on Tesla — But should it? 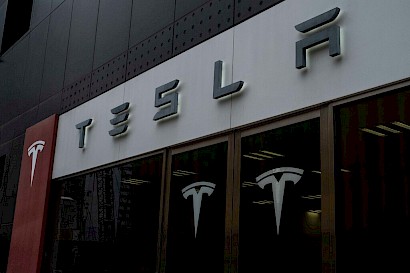 So, let’s get right to brass tacks — will Twitter cannibalize Musk’s time at Tesla? Keep in mind that Elon has Neuralink and The Boring Company, deftly managing his time with great finesse. I suspect investors might be “taking their eye off the ball” as it relates to Elon and Twitter.

Sure, Elon’s time will be fractured further with Twitter. And, yes, Twitter is fraught with politics, divisiveness, and (occasionally) funny memes. No doubt, it remains a lightning rod for controversy. But controversy gets clicks. It all makes for great fodder in the media. Endless headlines reflect Elon’s (ahem) emotionally-charged business decision. But, let’s not forget: it’s a business decision.

Instead, let’s examine Elon’s Twitter “relationship” through the right lens. In short: it’s not personal, it’s just business. Whether Musk makes money with Twitter remains to be seen. But, as a Tesla owner, TSLA investor, and business dude myself* smack in the middle of the Tesla ecosystem, I see this a bit different from the typical Wall Street analyst.

Looking at this strictly through the business lens, I see Musk’s move to buy Twitter as both disruptive and brilliant. Tesla does not advertise. And, Tesla doesn’t even have a public relations team, PR agency, or a single PR contact at the company. Nevertheless, Elon Musk has accrued over 100 million followers on Twitter. And Twitter is where Tesla owners (and soon-to-be Tesla owners) tend to congregate.

Elon Musk buying Twitter is a force multiplier for Tesla. It’s an important hub for savvy journalists, business leaders, news makers, and attention-hungry politicians to voice their opinion. If Elon Musk throws down and decides (eventually) to buy Twitter, the move should (eventually) lead to increased exposure for Tesla.

Case in point: old-school automakers advertise their new electric cars all over the Super Bowl. This year, viewership for the Super Bowl was about 100 million. In the meantime, Tesla, the world’s leading electric car company, didn’t run a single TV commercial. Why? Maybe because Elon Musk was too busy sending tweets to his 100 million followers.

Guess what? Business deals like this aren’t all that uncommon. Looking back, Jeff Bezos bought the Washington Post, an influential media outlet. Looking ahead, Elon Musk might buy Twitter, an influential social media platform. When viewed through the right lens, the Twitter deal kinda makes sense.

After all, if Tesla refuses to utilize traditional advertising or public relations, why shouldn’t Elon Musk go ahead and buy Tesla’s most effective communication tool? Wouldn’t that help grow the Tesla brand? Wouldn’t that help expedite (and evangelize) the whole electric vehicle movement?