Do you want your pension fund to invest in companies harming the planet? 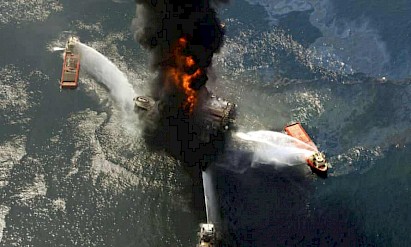 Whether it’s cutting back on meat and dairy, or switching to a green energy company, people are increasingly looking for ways to reduce their impact on the environment. However, most of us are unaware that they are typically propping up the fossil fuels industry through their workplace pension.

Each year the average UK pension pot finances 23 tonnes of CO2 emissions through the businesses it invests in – the equivalent of running nine family cars each year or burning 1,100 coal fires annually – according to a firm called Cushon, which, earlier this year, launched what it claimed was “the world’s first net-zero pension”.

To counter this, the financial tech company says you would need to recycle for 19 years or plant 30 acres of forest.

Rianna Gargiulo, divestment campaigner at Friends of the Earth, says: “Most employees aren’t aware they are funding fossil-fuel companies. It doesn’t come to the top of people’s minds, and pensions are not straightforward. But there are more and more fossil-free funds available because people are starting to question it.”

Environmentally conscious workers are taking action and challenging their employer or pension provider into offering a pension aligned with their values.

Three years ago, after reading a report highlighting this ethical issue, Caroline Hopper, 27, a writer, decided to look at what her workplace pension was invested in. She was shocked to see that Shell, BP and a tobacco company were among the top 10 holdings.

“I wasn’t happy,” she recalls. “I told everyone at work that this is what we’re investing in – let’s see if we can make a change.”

Hopper, who lives in London, spoke to one of the co-founders of her employer, Quiet Room. It was not only open to changing the workplace pension scheme but brought in an independent financial adviser to hold individual meetings with its 20 employees about what funds they wanted it to invest in.

“The financial adviser made sure our pensions were aligned with what we care about and what risks we wanted to take,” says Hopper. She, and several of her colleagues, moved their money to a sustainable fund.

Almost two thirds (63%) of savers don’t know where their pension is invested, while 44% of people would switch to a green fund if their provider offered it, according to a survey by film director Richard Curtis’s Make My Money Matter campaign. It is pushing for some of the £3 trillion in UK pensions to be moved out of industries harming people and the planet, and into sustainable businesses.

It wants all the funds to commit to net-zero carbon emissions, with a halving of emissions by 2030. (The term “net zero” basically means achieving a balance between the carbon emitted into the atmosphere, and the carbon removed from it.)

For some time, Rob Roach, 55, from Sidcup, south-east London, has been talking to his employer and workplace pension provider about the possibility of offering a vegan and ethical pension option.

While he has continued to contribute to the default company pension, he says it conflicts with his beliefs. “You don’t want to have a set of ethics and then spend your money investing in companies that do the opposite,” he says.

“I don’t want money in multinationals in the meat trade, or pharmaceutical companies involved in experimenting with animals.”

Many emails later, and after engaging with the Vegan Society to help push his cause, a vegan-friendly option, Kames Ethical Equity Fund, will soon be available. “I’m overjoyed,” he says. “I’ve facilitated change. It’s one of the best things I’ve achieved at this company.”

During the last year or so, a string of big UK pension schemes and companies, from the Universities Superannuation Scheme to Nest (National Employment Savings Trust), have taken action. Some have set net-zero carbon emissions targets, while others have announced plans to stop investing in certain companies and sectors.

Just this month, the government announced that pension scheme trustees would, in future, be required to assess, and publicly report on, the risks of climate change to their investments. The new rules could be introduced as soon as October, though, initially, they will mainly apply to big pension schemes, with the hope that the smaller ones will be brought in from 2024.

While many providers are starting to offer sustainable options, before you opt for one, it is worth digging a little deeper. While they may exclude tobacco, oil and gas, they may include global corporations you do not want to put your money into.

If you want to make a change, discuss it with your employer. “You need to say you’re unhappy with this, it’s causing a climate emergency … what can they do about it?” says Tony Burdon, chief executive at Make My Money Matter. “Try to get the pension provider to change what they’re doing … lots of funds are committing to net zero. Some will if we all start to push for change.”

Make My Money Matter has a template email to send to your provider to encourage it to move to net zero.

Carolyn Saunders, head of pensions at law firm Pinsent Masons, says that while there is no legal requirement for an employer to provide alternative pension options, there are good reasons why they might consider a change.

“For example, one who takes a particular stance on sustainability is likely to attract employees who are sympathetic to that position. So having a pension scheme which doesn’t reflect that could lead to employee pressure for change and reputational risk,” she says.

If you are not happy with any of the options offered by a provider, you could, in theory, switch to something like a self-invested personal pension (Sipp) – a “wrapper” that holds investments until you retire and start to draw an income – and choose funds that align more with your values. However, be warned it is very unlikely your employer will still contribute, so realistically that may not be a runner.

It is worth noting that the switch to a greener pension may also deliver better returns.

Hopper says she recently moved some money left in her original pot into the sustainable pension, and “it was good to see that the green one had definitely outperformed the old pension”.