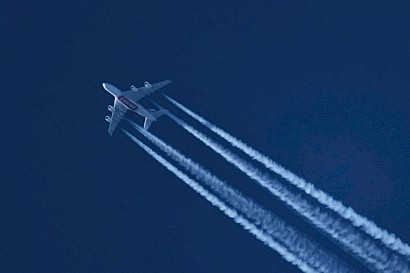 It’s an appealing proposition — the promise that, for a trivial amount of money, you can go about your business with no climate guilt. But if it sounds too good to be true, that’s because, at least for now, it is.

How do they work? Do they work at all, or, as one reader put it, “is it just guilt money?”

The idea of carbon offsets, sometimes called carbon credits or climate credits, is simple. We know human activity releases tens of billions of tons of carbon dioxide and other greenhouse gases every year. We also know it is possible to remove or sequester carbon from the atmosphere by, for example, planting trees.

Offsets seek to compensate for emissions in one place — for example, from passenger airplanes — by funding emission reductions or carbon removal somewhere else, like forests.

Some experts see them as an essential tool to limit environmental damage, at least in the short to medium term, until the world can make a full transition to renewable energy. Governments including California, the European Union and Australia are relying on them to meet their national goals for reducing greenhouse gas emissions.

At some point, carbon offset programs will have to become more transparent and effective, said Bruce M. Usher, a professor of professional practice at Columbia Business School and the former chief executive of EcoSecurities Group, which has designed emissions-reduction projects in developing countries.

Scientists are clear that the world needs to reach net-zero emissions — the point where we either stop pumping greenhouse gases into the atmosphere, or fully counteract the gases that we do produce — by 2050 to avoid the worst effects of climate change, and “it’s virtually impossible to get to zero” without offsets, he said.

But that doesn’t mean offsets work today, and Professor Usher’s advice to people right now is hardly a ringing endorsement. “If you wish to because it aligns with your values, sure, you should buy carbon credits,” he said. “But don’t be under the illusion that, for every credit you buy, it’s absolutely 100 percent reducing emissions by an equal amount.”

Many offset projects do not even come close to 100 percent of the benefits they promise.

A study published last year found that California’s forest carbon offsets program was likely to have overstated its emission reductions by 80 percent or more. In a 2016 study, the European Union Commission concluded that 85 percent of the projects it examined were unlikely to achieve their reduction claims. And a 2019 ProPublica investigation found that, overwhelmingly, forest preservation projects “hadn’t offset the amount of pollution they were supposed to, or they had brought gains that were quickly reversed or that couldn’t be accurately measured to begin with.”

Even well-designed projects can go awry, sometimes because of climate change itself: Last summer, wildfires in California burned more than 150,000 acres of forests that the state had paid to set aside as carbon offsets.

But the biggest problems are structural, related to something called additionality.

That’s technical jargon for a simple concept: A carbon offset needs to fund reductions that wouldn’t have happened otherwise. If you pay someone to preserve a grove, but they were never actually planning to cut it down, then you’re not offsetting your emissions. And it’s difficult to establish the facts in these cases with the level of confidence required for offset programs to work.

Part of the appeal of carbon offsets is the notion that it’s possible to meaningfully combat climate change while living our lives and structuring our society in the same way we always have. For that reason, some experts see carbon offsets as actively damaging, inasmuch as they give people cover to avoid reducing emissions at the source.

“It’s a really dangerous distraction because it diverts our attention away from analyzing what we could do that is much more meaningful,” said Kate Ervine, an associate professor of global development studies at Saint Mary’s University in Halifax, Nova Scotia.

While individual activities do have environmental costs, and flying is one of the costliest, climate change is overwhelmingly driven by the actions of the fossil fuel industry. And the vast majority of carbon offsets are purchased by corporations, including fossil fuel companies themselves, on the premise that they can hit “net zero” emission targets without fundamentally changing how they operate.

The most basic problem with carbon offsets “is that you’re trading a known amount of emissions with an uncertain amount of emissions reductions,” said Barbara Haya, the director of the Berkeley Carbon Trading Project at the University of California, Berkeley. “But there’s also the whole trading approach of companies being able to buy their way out of their responsibility to reduce their own emissions.”

The sorts of programs tied to offsets are, in themselves, worthwhile and even essential to mitigate the damage already done by decades of greenhouse gas emissions; the sticky part is using them to justify more emissions. Even if we could precisely calculate how much carbon a new grove of trees would absorb, tying its planting to the release of more carbon would only keep levels steady, and we need them to go down.

Many experts say that, in principle, offsets can be valuable. Professor Usher, for instance, cited the cement industry as a good candidate for an offset program, because reducing emissions from cement production is a more expensive and technically complicated task than, say, switching electricity production to renewable sources.

But the programs would need to be designed and administered very differently than they are now, and consumers would need to pay more than the few dollars per ton of carbon dioxide that they currently do.

“If you were to reinvent the entire industrial structure, focus on a subset of activities and accept prices that are massively higher than they are today, then I think the answer to your question is, ‘Yes, we can do that,’” said Danny Cullenward, the policy director at CarbonPlan, a nonprofit climate research organization. “If the question is can we ever, at 5 bucks a ton, produce something that’s meaningful, I think the answer is no.”

For now, the best thing an individual can do remains what it has always been: Try to emit less.

For people who want to help fund broader emission reduction efforts, certifications from watchdog groups like The Gold Standard and Green-e can help identify worthwhile projects. “But think of it as a donation,” Dr. Haya said, “not as buying credits to cover your emissions.”