Coal stocks rise, even as the planet warms 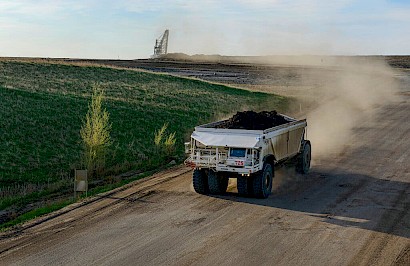 In a world grappling with climate change, you might expect fossil fuel companies to be declining in value, and indeed, that was the prevailing picture through much of 2020.

The pandemic was severely damaging the world economy then, and global energy demand and carbon dioxide emissions both declined.

Now, though, the world economy is expanding rapidly, and the global appetite for energy is voracious. The prices of fossil fuels of virtually all types have been soaring.

Investment in oil, gas and coal production has been constrained, especially in the United States, while cleaner forms of energy have been insufficient to satisfy market demand. Whatever the long-term future of the planet may be, short-term bets on the dirtiest fuels — in more polite language, the most carbon intensive — are paying off.

Preparations are underway for a United Nations conference starting in Glasgow on Oct. 31 that aims to set new targets for cutting emissions from the burning of coal, oil and gas. Yet what has been transpiring in world markets lately seems, in many ways, to come straight out of a century-old playbook.

Perhaps the most spectacular results can be seen in an improbable sector: coal.

On Monday alone, shares of Peabody Coal, rose more than 20 percent. For the 12 months through Thursday, Peabody, which proudly uses the stock ticker BTU, returned more than 700 percent. That’s not a typo.

But why have shares in Peabody and other coal companies risen so sharply? There are several apparent reasons: the comparative short-term price advantage of coal as a fuel for power generation, Senator Joe Manchin’s evidently successful battle within the Democratic Party to protect coal and the surging demand for coal in the energy-constrained economy of China.

Despite efforts by Peabody or other American coal highfliers like Consol Energy, Ramaco Resources, Alliance Resource Partners or Arch Resources to reduce carbon emissions, it would be hard to argue that they epitomize a green future. But every single one of those coal-mining companies rose at least 145 percent in the stock market over the 12 months through Thursday.

These phenomenal stock returns are awkward, to say the least. The long-term needs of the planet are clear, if the world is to avoid the most catastrophic effects of climate change: Burn much less coal, and cut back on it as rapidly as possible.

Consider that the International Energy Agency has warned that all coal-fired power plants need to be shut down or retrofitted with carbon-capture technology within the next 20 years. Of all the stranded assets — those owned but unlikely ever to be used — held by fossil-fuel companies, coal is usually deemed most likely to be abandoned in the years ahead.

That dim outlook had weighed on coal company share prices in recent years. In Peabody’s case, the share price peaked above $42 in 2018, and then headed on a long trend downward. It scraped near $1 per share last year as the global recession reduced energy demand and electric utilities proceeded to phase out their most inefficient coal-fired power plants.

But that was then.

Now, with demand soaring and supplies constrained, the world is enduring something of a crisis — one that The Economist has labeled “the first big energy shock of the green era.” Despite significant global investments in green energy, the old standby fuels are in vogue again.

On Monday, a new report by the U.S. Energy Information Administration concluded that in 2021, “annual U.S. coal-fired electricity generation will increase for the first time since 2014,” a 21 percent increase over 2020. It expects that increase to be temporary.

But the world economy has been growing rapidly and there is an acute shortage of energy, particularly in China and in Europe. Natural gas in the United States has been relatively plentiful and cheap and has been displacing coal and oil as a source of electric generation. But its price has risen as supplies have tightened. That has increased demand for coal and contributed to the rise in coal prices, too. A cold, expensive winter is forecast for the United States.

As global energy demand has increased, coal exports from the United States to China and other regions have leapt. China relies heavily on coal for power generation. Already, it has begun rationing electricity, forcing a downturn in its factory production and worsening global supply chain troubles. Despite its stated commitment to curb greenhouse emissions, China has been scrambling to add coal supplies (along with cleaner fossil fuels like liquid natural gas and oil).

In short, amid critical short-term energy shortages, the immediate market value of coal has outweighed the environmental costs of burning it. Students of economics will recognize this as a market failure caused by an “externality.” In other words, the prices demanded in the marketplace for coal and other fossil fuels don’t reflect the true costs of burning them. The burdens of those costs — impaired health, catastrophic floods and heat waves, species extinction, and on and on — must be borne by every inhabitant of the planet, now and for generations to come.

In a conversation this summer, William D. Nordhaus, the Yale professor awarded the 2018 Nobel Prize in economic sciences “for integrating climate change into long-run macroeconomic analysis,” told me that although the problem is urgent, “public policy around the world now is still really just minimal; it’s just a little more than nothing.” Progress is being made, he said, but far too slowly.

A global system that would impose a realistic price on carbon emissions — through taxation, trading or even tariffs — would help. So would greater incentives and regulatory restrictions, but many governments have been unable to enact much of the necessary legislation. In the United States, the fate of the Biden administration’s environmental program is uncertain. But opposition from Mr. Manchin, the Democratic senator from West Virginia, perhaps the quintessential coal state — has worsened the odds of rapidly replacing coal- and gas-fired power plants with wind, solar and nuclear energy.

The United States, while well behind Europe, is not alone in this failure. In a new study, the International Monetary Fund estimated that market-based fossil fuel prices in 2020 failed to account for $5.9 trillion in global environmental costs, equivalent to 6.8 percent of global gross domestic product. The I.M.F. estimated that the gap will rise to 7.4 percent of world G.D.P. by 2025.

Perhaps the forthcoming climate conference will lead to a true turning point. But in the meantime, the world has barely begun to wean itself off fossil fuels.