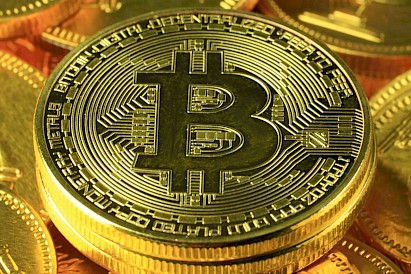 Bitcoin mining already uses as much energy as Sweden, according to some reports, and its booming popularity is revitalizing failing fossil fuel enterprises in the US. But all that could change with a simple switch in the way it is coded, according to a campaign launched on Tuesday.

The campaign, called Change the Code Not the Climate and coordinated by Environmental Working Group, Greenpeace USA and several groups battling bitcoin mining facilities in their communities, is calling on bitcoin to change the way bitcoins are mined in order to tackle its outsized carbon footprint.

The software code that bitcoin uses – known as “proof of work” – requires the use of massive computer arrays to validate and secure transactions. Proof of work is a way of checking that a miner has solved the extremely complex cryptographic puzzles needed to add to the bitcoin ledger.

Rival cryptocurrency etherium is shifting to another system – “proof of stake” – that it believes will reduce its energy use by 99%. In the proof of stake model, miners pledge their coins to verify transactions; adding inaccurate information leads to penalties.

With the value and use of cryptocurrencies rising, the campaign’s organizers argue bitcoin must follow suit or find another, less energy intensive, method. “This is a big problem. In part because of where the industry stands now but also because of our concerns about its growth,” said Michael Brune, campaign director and former executive director of Sierra Club.

The US now leads the world in cryptocurrency mining after China launched a crackdown on mining and trading last May.

Brune added: “It’s particularly painful to see this in the electric sector because that is precisely the place where the US has made most of its progress in the last decade,” he said. “There’s no way we can reach our climate goals if we are reviving fossil fuel plants.

Some bitcoin miners have recently begun powering their operations using renewable energy from wind and solar. But Brune said while such moves were “clearly well-intentioned”, adding “some boutique wind or solar operations powering a few high- profile mining operations” would not do enough to counter the environmental cost. “Fossil fuel growth is outpacing renewable growth in bitcoin mining and that’s the fundamental challenge,” Brune said.

Without a change to the code, the fundamental problem will remain that bitcoin’s code “incentivizes maximum energy use”, said Chris Larsen, founder and executive chairman of crypto company Ripple and a climate activist. “The minute that there is the opportunity to go to something dirty, which is what you are seeing, that is going to happen.”

One “nightmare scenario”, he said, is that the world does get to a renewable future in China, the US and EU but countries rich in fossil fuel switch to bitcoin mining to keep their operations running.

“Imagine the Saudis sitting on all that oil, which has a cost of about ½ cent per kilowatt hour – no renewable can match that,” Larsen said. “Bitcoin mining could be this endless monetization engine for fossil fuels. That would be a nightmare.”

The campaign is launching with digital advertising in the Wall Street Journal, New York Times, Marketwatch, Politico, Facebook and other publications. Organizers are also taking legal action against proposed mining sites and using their large memberships to push bitcoin’s biggest investors and influencers to call for a code change. “In this world, with all these smart people, there has got to be a better solution,” said Larsen.