Climate-change risks get the attention of real estate investors 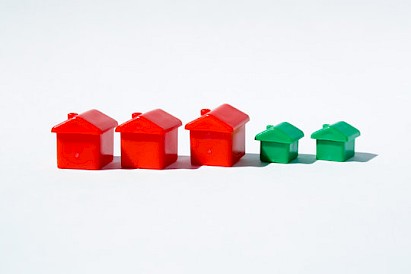 In Charleston, S.C., climate change is becoming impossible to ignore. In the historic city center, “sunny day” flooding occurs roughly once a week, making downtown difficult to traverse. Groundwater has begun to burble up in spots. And after a downpour, much of the region is susceptible to flooding.

City officials are aware of the vulnerability, and they’re pondering big initiatives, like a partnership with the Army Corps of Engineers to build a $1.1 billion sea wall and a pioneering zoning law that would prohibit development in the city’s lowest areas.

Despite the hazards, Charleston is booming. The city’s population grew 25 percent from 2010 to 2020, to about 150,000, and the region has seen a huge influx of new residents eager to experience the city’s charm.

Development in the city has responded. In the two years before the pandemic, builders added 7,700 multifamily apartments, and 6,000 more were slated for 2020. The pandemic slowed construction, but it has continued; a local newspaper keeps a running tally of the cranes over the downtown area, which sits on a peninsula bound by two rivers.

It’s not that developers are unaware of the risk of flooding. “Everyone’s very mindful of it — it’s top of mind in decision-making processes,” said Gary White, a former City Council member who runs a real estate investment firm. But at this point, it’s not a deciding factor when developers weigh whether to build in Charleston.

But investors backing much of the development are thinking more seriously about the risks associated with climate change. “We take that into consideration on every single investment,” said Bobby Werhane, a senior vice president at Bellwether Enterprise who focuses on commercial real estate projects in the Southeast, including Charleston.

Developers in Charleston are not yet facing expanded scrutiny or higher rates for capital, but Mr. Werhane predicts that those changes will come soon. “Downward pressure from investors will require developers to take those things into consideration,” he said.

Charleston isn’t unusual. Around the country, including in coastal regions like Boston and South Florida, development is booming despite the lingering pandemic and increasingly dire reports from agencies like the National Oceanic and Atmospheric Administration and the United Nations Intergovernmental Panel on Climate Change. Extreme weather seemingly hasn’t made a dent in the pace of construction.

But among the investment groups that provide capital to developers, perspectives are beginning to shift. Many may not have given climate change a second thought a few years ago, but they’re paying close attention now.

“In 2019, we surveyed investment managers about where they were; most hadn’t mapped their portfolio to risk,” she said. That strategy changed a year later. “They’d gone on to think not just about property-level risk but also market-level risk.”

Similarly, the CRE Finance Council, a real estate trade association, began last year to develop a new iteration of its Investor Reporting Package used to evaluate prospective projects. The update will include disclosures related to sustainability and resilience, like a property’s ability to withstand both acute and chronic stress. The association’s leaders say they started the effort at the urging of members, who have become increasingly concerned about climate-change-related risk.

In a red flag for investors, commercial property insurance rates have risen significantly over the last 18 months. In the past, investors might have depended on insurance to absorb most of a property’s risk, but these days, “investment managers are realizing they have to own the risk over the property’s lifetime — they can’t rely on insurers,” Ms. Craft said.

Accurately assessing the risk of a specific asset in a particular market is challenging, though, and that’s creating uncertainty for investors.

“People are struggling with how to really measure the risk from climate change,” said Greg MacKinnon, director of research at the Pension Real Estate Association, a trade group. “The science of looking at how climate change and extreme weather can affect properties is at its infancy.”

Efforts to capture some of that science and turn it into actionable data are growing. Over the past few years, for-profit services like Moody’s ESG Solutions and Archipelago and nonprofit research groups like First Street Foundation and Rhodium have evolved to quantify the physical risk of an asset. For projects in the United States, they can often provide granular, property-level data; for example, a project on high ground will be rated as lower risk, even if there’s a stream on the property.

But the field lacks established standards. The data analytics firms use different maps, scenarios and methodologies; some take into account building types and infrastructure, while others are more basic, making assessments difficult to compare.

And that’s just physical risk. Investors are also mindful of “transition risk,” which includes changes to the policy and regulatory environment. For example, if Charleston’s leaders amend the zoning code to ban building at the lowest elevations, land values in the city could radically shift. Similarly, a sea wall would be paid for in part by increased property taxes. Both options could affect the city’s attractiveness to investors. But most of the existing climate models do not comprehensively address potential changes like these.

Wary investors are also peppering developers with questions about resilience strategies. “We ask, ‘Have you mitigated this risk?’” said Helen Gurfel, head of global sustainability and innovation at CBRE Investment Management. “We look at every single detail.”

Some developers have capitalized on that growing interest. In Charleston, for instance, Adam Monroe said his company, Middle Street Partners, had focused on flood mitigation in the past few years. The group is working on two developments in the region, and both include important features to manage storm water and ensure that operations can continue in case of flooding.

Michael Maher, chief executive of the WestEdge Foundation, which is behind a redevelopment project in one of the most vulnerable parts of Charleston’s peninsula, is also taking mitigation seriously. The complex, which abuts the Ashley River, has been built with a robust drainage system and roads that are elevated several feet above grade, allowing them to act like protective embankments.

Investors combine the mitigation information from developers with data from climate modeling software to create a comprehensive sense of a project’s risk, and then decide whether to move forward. But some struggle to align competing results from different assessments.

“There are market risks, physical risks and financial risks,” said Billy Grayson, who leads the Center for Sustainability in Real Estate at the Urban Land Institute. “It’s a pretty complex ecosystem, and hard to really assess and price it into a real estate decision.”

Institutional investors, including pension funds, tend to use sophisticated models and ask their in-house E.S.G. professionals to do analyses as well.

“The bigger players get it; they’re concerned,” said Jim Clayton, a professor of real estate at York University in Toronto and co-author of a 2021 U.N. report on climate risk and commercial property values. Some of those larger investors, particularly in Europe or Canada, are reconsidering certain markets altogether.

The broader real estate market does not yet reflect investors’ shifting thinking about climate-related risks. And that means developers are not experiencing higher financing rates or finding it more difficult to sell their projects — even in particularly risky cities like Charleston.

But industry observers believe those changes are coming. The Securities and Exchange Commission proposed a rule in March that would require public companies to disclose their climate-related risks. Once it’s enacted, the practice will eventually influence the private sector.