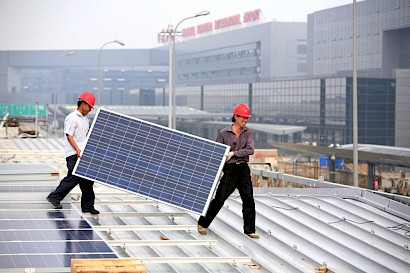 China is expecting to install 108 gigawatts of solar capacity this year, almost double the 55 gigawatts installed in 2021, with much of the growth driven by rooftop solar.

Just this week, China announced it is aiming for 50 percent of new factory rooftops to sport solar installations by 2025, China Dialogue reports, as distributed solar increasingly figures into the energy plans of the world’s biggest emitter.

Last year, for the first time, distributed solar accounted for more than half of new solar capacity in China, outpacing installations of utility-scale solar. “Looking ahead, we will see distributed solar power and centralized solar farms grow at the same pace,” Wang Bohua, honorary chairman of the China Photovoltaic Industry Association, said at a conference earlier this year.

In September, China’s National Energy Bureau announced a new initiative for local governments to partner with solar developers to build rooftop arrays. Under the scheme, building owners can purchase solar panels and sell the power they generate to developers, or developers can lease rooftop space to install solar panels they own.