China built your iPhone. Will it build your next car? 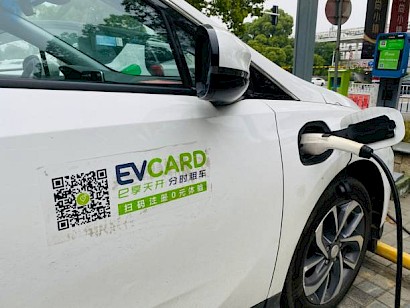 RUMORS OF AN Apple electric car project have long excited investors and iPhone enthusiasts. Almost a decade after details of the project leaked, the Cupertino-mobile remains mythical—but that hasn’t stopped other consumer electronics companies from surging ahead. On the other side of the world, people will soon be able to order a vehicle from the Taiwanese company that mastered manufacturing Apple’s gadgets in China. Welcome to the era of the Foxconn-mobile.

In October 2021, Hon Hai Technology Group, better known internationally as Foxconn, announced plans to produce three of its own electric vehicles in collaboration with Yulon, a Taiwanese automaker, under the name Foxtron. Foxconn, which is best known for assembling 70 percent of iPhones, has similar ambitions for the auto industry: to become the manufacturer of choice for a totally new kind of car. To date it has signed deals to make cars for two US-based EV startups, Lordstown Motors and Fisker.

Foxconn’s own vehicles—a hatchback, a sedan, and a bus—don’t especially ooze Apple-chic, but they represent a big leap for the consumer electronics manufacturer. Foxconn’s ambitious expansion plan also reflects a bigger shift across the auto world, in terms of technology and geography. The US, Europe, and Japan have defined what cars are for the last 100 years. Now the changing nature of the automobile, with increased electrification, computerization, and autonomy, means that China may increasingly decide what car making is.

If Foxconn succeeds in building a major auto-making business, it would contribute to China becoming an automotive epicenter capable of eclipsing the conventional powerhouses of the US, Germany, Japan and South Korea. Foxconn did not respond to requests for an interview.

The automobile industry is expected to undergo big transformations in the coming years. An October 2020 report from McKinsey concluded that carmakers will dream up new ways of selling vehicles and generating revenues through apps and subscription services. In some ways, the car of the future sounds an awful lot like a smartphone on wheels.

That’s partly why there’s no better moment than now for an electronics manufacturer to try car making, says Marc Sachon, a professor at IESE Business School in Barcelona, who studies the automotive industry. Electric vehicle powertrains are simpler than internal combustion ones, with fewer components and fewer steps involved in assembly. The EV supply chain is simpler to manage than the conventional supply chain, which is one of the core competencies of established carmakers. China, Sachon adds, has a strong EV ecosystem, from batteries to software, and even the manufacturing of components.

China is especially well positioned to lead the charge towards electrification. The country already has some of the world’s most advanced battery manufacturers, including CATL and BYD, the latter of which also produces cars. Carmakers in the region may gain an edge in terms of understanding and harnessing new battery technologies simply by virtue of proximity—much in the same way as software companies benefit from being close to chip design firms.

The country is already an EV hot spot, with electric vehicle companies like BYD, NIO, and Xpeng increasingly challenging Tesla’s market lead. One of the country’s most popular cars is the Wuling Hongguang Mini EV, a two-person vehicle that costs around $5,000. Sales of electric vehicles in China have been buoyed by government subsidies and outstrip any other nation, accounting for 14.8 percent of Chinese car sales, up 169 percent year on year, according to data from the China Passenger Car Association, an industry organization. EVs accounted for 4.1 percent of car sales in the US in 2021, and roughly 10 percent in the EU.

Consumer electronics companies increasingly see the auto sector as their territory because of the growing computerization and connectivity of modern cars. Conventional automakers, who built their fortunes on vehicles that change little after they are purchased, have been slow to adapt to the new possibilities offered by software and connectivity.

Many companies recognize the opportunity to challenge the status quo. Besides supposedly exploring its own car, Apple is developing increasingly advanced automotive infotainment software. Alphabet has invested millions developing software for self-driving cars through its subsidiary Waymo. And some big tech firms are already designing the vehicles themselves—in March, Sony announced plans to build electric cars in collaboration with Honda.

But if interest is bubbling up elsewhere, it’s boiled over in China. Huawei, Tencent, Alibaba, and others have agreements to develop software and services with carmakers. The Chinese smartphone maker Xiaomi announced plans last October to build four different electric vehicles, and according to some reports, rival Oppo has similar ambitions. Earlier this month, JiDU, a company created by the automaker Geely and the search giant Baidu, unveiled its first vehicle, called ROBO-1. Baidu has invested heavily in the artificial intelligence needed for autonomous driving with the encouragement of the Chinese government, another reason why it sees itself as a budding carmaker.

“Electric vehicles and autonomous driving coming together really creates opportunities for companies like Foxconn, like Xiaomi and so on,” says Gregor Sebastian, an analyst at the Mercator Institute for China Studies, a think tank focused on the relationship between China and Europe.

A study from Sebastian and colleagues published in May concludes that the shift to electric vehicles could have profound implications for EU-China trade in the years to come, potentially turning the bloc from a net exporter to a net importer of vehicles. Tesla makes the most electric cars in China for export, but domestic manufacturers are catching up. NIO, which is headquartered in Shanghai, is reportedly looking to establish manufacturing capacity in the US and Europe. And Foxconn has said it plans to manufacture cars at a large plant in Ohio formerly operated by GM.

On the face of it, Foxconn seems well placed to start making cars. But there are important challenges to overcome.

Foxconn’s expertise lies in harnessing human labor, sometimes at great cost, to assemble intricate devices. This is fundamentally different from the heavily automated work of automotive manufacturing, and Foxconn has struggled to introduce more robots to its production lines in the past. Electric vehicles are easier to manufacture than conventional ones, with fewer parts needed for assembly, but producing a sufficient number of cars to a sufficient standard is notoriously difficult, with margins for most carmakers razor thin.

Mike Juran, CEO of Altia, a company that makes software for developing graphical user interfaces for cars and other products, also warns that cars are fundamentally different from smaller devices that don’t need to transport human beings at high speed. Juran points to the complexity of touchscreen interfaces in some new vehicles. “These are not smartphones on wheels,” he says. “These are cars with technology that should be appropriate for the task at hand, which is, in fact, life and death.”

Foxconn’s stock price hardly seems buoyed by its auto plans, having dropped by almost 20 percent over the past year, in line with the rest of the Taiwan stock market. The company may see carmaking as a way to broaden the range of things it manufacturers and fatten its margins, but the effort will require significant investment in new manufacturing capacity, and it could take years to get right. Foxconn’s chairman, Young Li, has said that the company plans to build a battery supply chain in Kaohsiung, China. And while China’s car industry is the largest in the world, sales of new vehicles dropped 11 percent year on year in April 2022, according to the China Passenger Car Association, and few Chinese companies have found success abroad.