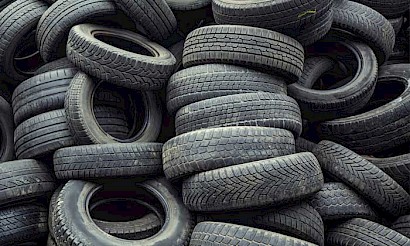 GMN is one of Spain’s largest tire recyclers, with its headquarters in Catalonia. According to the Agència de Residus de Catalunya, it operates in a market that generates some 40,000 tons per year in Catalonia alone.

Spain’s GMN continues to be a success story as it recycles its 7 millionth end-of-life tire. GMN has two facilities: one with 10,000 square meters in Manresa and the other with 40,000 square meters in Maials (Segrià). The initial stage involves collecting and sorting tires from Barcelona and Girona, which are then transported to Maials, where the manufacturing and offices are located. Lleida, Tarragona, and Huesca tires are also delivered here.

According to Andreu Gelpí Salat, the director of GMN, between 10% and 15% of the tires can be reused as such, while the rest is revalued, which means it is given a second life by being transformed into a new material. Andreu Gelpí Salat also adds that GMN is focuses on treating the steel and rubber of the tires so that they become new raw materials, whereas other companies focus on energy recovery (burning tires to make energy).

The one item they don’t collect is the textile from tires, which Gelpí admits has “poor value as a material.” 95 percent of the product is recovered in total.

GMN managed more than 25,000 tons of tires for material recovery in 2020, with nearly 90% of the output going to nations in North Africa, Arabia, India, North Europe, and the United States. The turnover was seven million dollars, which they intend to grow by one million dollars by the end of the year.

The company employs over sixty workers and operates in a developing industry, not just as a result of Europe’s dedication to a waste-free economy, but also as a result of natural rubber market sustainability issues.