Can the world really run on 100 percent renewable energy? 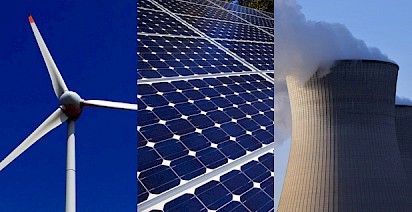 In 1975, Danish physicist Bent Sørensen published a paper examining the possibility that his country could run on 100 percent renewable energy. Appearing in the journal Science, it could have been an important moment for beginning to look seriously at transforming the way the world produces energy.

“It was not a loved idea at all,” said Christian Breyer, a faculty member at LUT University in Finland, in a video interview from his office.

But things have changed. In the past five years or so, as the world faces the escalating toll of climate change, the concept of 100 percent renewable energy gotten a much more serious look from scientists, policy analysts, and governments.

Breyer is the lead author of a new paper published by IEEE Access tracing the development and growth of this idea, and the pushback. The concept of 100 percent renewable energy hasn’t quite reached the mainstream in most large economies, but it’s getting close, he said.

I should specify that Breyer is not a neutral party in this discussion. He and the roughly two dozen coauthors of the paper include some of the best-known researchers who focus on, and advocate for, 100 percent renewable energy. This includes Mark Jacobson of Stanford and Auke Hoekstra of Eindhoven University of Technology in the Netherlands.

The paper is a valuable primer for understanding what 100 percent renewable energy means, where these ideas have found the most support in government and what others say are the major flaws.

One of the people cited is Amory Lovins, an American physicist who wrote about the possibility of an all-renewable system in 1976. He would go on to be cofounder and chief scientist of the Rocky Mountain Institute, now called RMI.

Lovins told me this week that the Breyer paper is “impressive and important” and he is pleased to see that Sørensen’s work is getting proper credit for being ahead of its time.

“It’s become increasingly obvious over the past few decades that all-renewable electricity can work well pretty much anywhere,” Lovins said. “Denial is increasingly confined to the uninformed.”

One of the key factors is cost. Wind and solar power are now much less expensive than the other leading sources of electricity, with solar now the least expensive option in much of the world.

Denmark has been a center of clean energy research and policy, and it has a national goal, adopted in 2011, to get to 100 percent renewable energy across the economy by 2050, including in challenging sectors like transportation and heavy industry.

The paper also notes that 48 countries pledged at COP 22 in 2016 to reach 100 percent renewable energy in the electricity sector.

The electricity sector is the easiest part of the economy for which to make a transition to renewable sources, which is why that’s the part that’s getting the most attention from governments right now, Breyer said.

The paper includes research on sector-specific transitions, like the power sector, and on economy-wide transitions. Some are limited to specific countries, and some are global in scope.

In most countries, a shift to renewable energy is largely driven by a combination of wind and solar power. The growth of solar is a mix of utility-scale systems and smaller installations on rooftops. Other renewable sources, including hydropower and geothermal, among others, also may play a role.

The paper says “a consensus is starting to emerge that many of those early criticisms do not hold when examined in detail.”

But there remains plenty of skepticism, including from prominent and well-regarded energy researchers. One example is a 2018 paper coauthored by Jesse Jenkins, which said a shift to 100 percent renewable energy may be possible, but the costs and technical challenges are high when moving from a mostly renewable system to an all-renewable system. The challenges have to do with building many interstate power lines and accounting for the variable nature of wind and solar, among other issues.

One of the biggest points of conflict among researchers is whether nuclear power should be a significant part of the energy mix going forward. Also, some analysts say that natural gas power plants, when paired with carbon capture technology, could be a valuable resource on the margins of a future grid.

I’m not going to delve too deeply into the specifics here, other than to say that the Biden administration is firmly in the camp that views nuclear and some fossil fuels as part of the mix. The larger point is that discussing the possibility of 100 percent renewable energy won’t get someone laughed out of the room the way it might have decades ago.

Breyer said momentum is on the side of the researchers and organizations that are looking at how 100 percent plans can be implemented.

Going forward, I’ll look to Denmark and other countries on the leading edge of the transition to see what’s working and what isn’t, and how it influences the rest of the world.