California to ban the sale of new gasoline cars 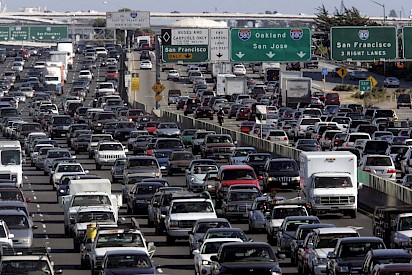 California is expected to put into effect on Thursday its sweeping plan to prohibit the sale of new gasoline-powered cars by 2035, a groundbreaking move that could have major effects on the effort to fight climate change and accelerate a global transition toward electric vehicles.

“This is huge,” said Margo Oge, an electric vehicles expert who headed the Environmental Protection Agency’s transportation emissions program under Presidents Bill Clinton, George W. Bush and Barack Obama. “California will now be the only government in the world that mandates zero-emission vehicles. It is unique.”

The rule, issued by the California Air Resources Board, will require that 100 percent of all new cars sold in the state by 2035 be free of the fossil fuel emissions chiefly responsible for warming the planet, up from 12 percent today. It sets interim targets requiring that 35 percent of new passenger vehicles sold in the state by 2026 produce zero emissions. That would climb to 68 percent by 2030.

The restrictions are important because not only is California the largest auto market in the United States, but more than a dozen other states typically follow California’s lead when setting their own auto emissions standards.

“The climate crisis is solvable if we focus on the big, bold steps necessary to stem the tide of carbon pollution,” Gavin Newsom, the governor of California, said in a statement.

California’s action comes on top of an expansive new climate law that President Biden signed last week. The law will invest $370 billion in spending and tax credits on clean energy programs, the largest action ever taken by the federal government to combat climate change. Enactment of that law is projected to help the United States cut its emissions 40 percent below 2005 levels by the end of this decade. Still, it will not be enough to eliminate U.S. emissions by 2050, the target that climate scientists say all major economies must reach if the world is to avert the most catastrophic and deadly impacts of climate change.

To help close the gap, White House officials have vowed to couple the bill with new regulations, including on automobile tailpipe emissions. They have also said that reducing emissions enough to stay in line with the science also will require aggressive state policies.

Experts said the new California rule, in both its stringency and reach, could stand alongside the Washington law as one of the world’s most important climate change policies, and could help take another significant bite out of the nation’s emissions of carbon dioxide. The new rule is also expected to influence new policies in Washington and around the world to promote electric vehicles and cut auto pollution.

At least 12 other states could potentially adopt the new California zero-emissions vehicle mandate relatively soon; another five states, which follow California’s broader vehicle pollution reduction program, are expected to adopt the rule in a year or so. If those states follow through, the restrictions on gasoline-vehicle sales would apply to about one-third of the United States’ auto market.

That would have a major effect on addressing climate change, since emissions from gasoline-powered vehicles are the nation’s top source of planet-warming greenhouse-gas pollution.

John Bozzella, president of the Alliance for Automotive Innovation, which represents large U.S. and foreign automakers, said California’s new electric vehicle sale mandates would be “extremely challenging” to meet. “Whether or not these requirements are realistic or achievable is directly linked to external factors like inflation, charging and fuel infrastructure, supply chains, labor, critical mineral availability and pricing, and the ongoing semiconductor shortage,” Mr. Bozzella said by email.

He said automakers wanted to see more electric vehicles on the roads, but called on the state and the federal government to do more to address issues such as the ability to mine critical minerals like lithium and cobalt in the United States, the affordability of electric vehicles and equitable access to fast charging.

The governments of Canada, Britain and at least nine other European countries — including France, Spain and Denmark — have set goals of phasing out the sale of new gasoline-powered vehicles between 2030 and 2040. But none have concrete mandates or regulations like the California rule.

“This regulation will set the global high-water mark for the accelerated transition to electric vehicles,” said Drew Kodjak, executive director of the International Council on Clean Transportation, a research organization.

In Washington, President Biden last year signed an executive order calling for the government to try to ensure that half of all vehicles sold in the United States be electric by 2030, up from 6 percent today, although the order has no binding legal force.

Mr. Biden has also sought to enact federal policies that would further scale up the nation’s use of electric vehicles. The new climate spending bill includes $14 billion in tax incentives for buyers of new and used electric cars. Last year, the Environmental Protection Agency restored and slightly strengthened an Obama-era fuel economy rule that had been set aside by the Trump administration. It requires passenger vehicles to get 55 miles per gallon by 2026, from just under 40 miles per gallon today.

That national regulation is much less ambitious than California’s rule coming into effect this week, but it was the Biden administration that allowed California to press forward with its ambitious policy: It restored a Clean Air Act waiver giving California legal authority to set auto pollution and mileage rules that are tighter than federal standards, a potent climate policy that had been halted by former President Donald J. Trump.

It is that authority that allows California to enact the new rule. Once in place, the California rule is expected to influence a new federal standard that the E.P.A. expects to introduce next year, further encouraging automakers to build and sell more electric vehicles.

But there is already fierce legal pushback against those plans.

The attorneys general of 17 Republican-led states have sued to revoke the California waiver, which would undo the new policy. The lawsuit will be heard before the U.S. Court of Appeals for the District of Columbia Circuit, considered the nation’s second most powerful bench after the Supreme Court. Oral arguments have not yet been scheduled.