‘Brazil is back’ as leader of fight against climate change, Lula to tell Cop27 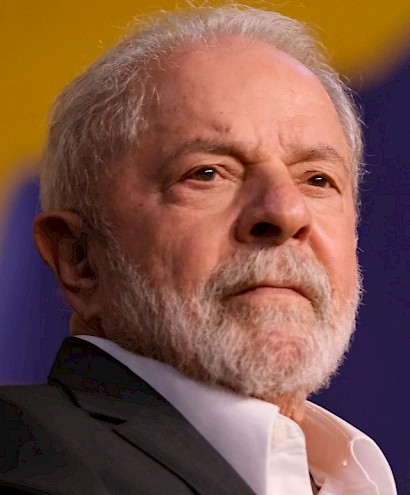 BRAZILIAN president-elect Luiz Inacio Lula da Silva’s attendance at the Cop27 summit has boosted his country’s credibility on climate change, with other nations feeling hopeful of receiving his support.

The leftwinger, who served as president from 2003 to 2010, won back the role by defeating right-wing incumbent Jair Bolsonaro in a run-off election on October 31.

Lula will use his first speech at the United Nations conference to send the message that “Brazil is back” as a leader of the fight against climate change, with a plan to ramp up environmental law enforcement and create green jobs without damaging the Amazon rainforest, his advisers said.

He will push for rich nations with high greenhouse gas emissions to pay poor nations for historic damages, they added.

“Now, with this perspective of a more favourable view of the issue by the next Brazilian government, we would be even more empowered to interact with different interlocutors,” one diplomat said.

Lula’s environmental adviser Izabella Teixeira said she felt that sentiment towards Brazil has shifted at Cop27 from previous summits, saying: “When I come to Cop and meet people after the election of President Lula, there is hope.”

His former environment minister Marina Silva said that his attendance at Cop27 showed the high importance he places on the climate issue.

“The big message is his presence here,” she said.