Big Oil is singing a new tune about climate change 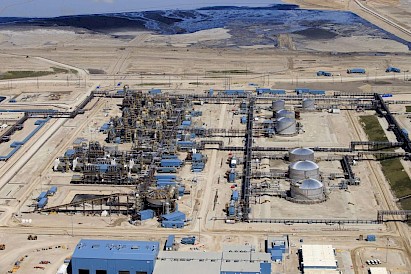 It wasn’t so long ago that Big Oil could be counted on to reject almost every proposal for combating climate change by reducing carbon emissions if it limited the industry in anyway.

At first it denied climate change was even happening. And then it told Canadians over and over again how important oil and natural gas are to their way of life and the economy in general. Don’t mess with us, in other words.

But all their efforts fell flat as people across the globe began to experience the devastating impacts of climate change and governments made significant pledges to reduce carbon emissions. On top of that, investors and shareholders started demanding more of the companies’ environmental, social and governance (ESG) records.

For many people, fossil fuel producers became the guys in the black hats.

So it was quite a turn around when Big Oil in Alberta was openly supportive of the Liberal government’s new plan to cut the petroleum industry’s carbon emissions to 42 per cent below 2019 levels by 2030 and reach net zero by 2050. It was certainly enthusiastic about the $2.7 billion worth of tax credits over the next five years for carbon capture utilization and storage (CCUS) facilities revealed in the recent federal budget.

“Based on our initial assessment, this is a positive step in our efforts to work collaboratively with governments to help Canada achieve its climate goals and ensure our country can be the world’s preferred supplier of responsibly produced oil,” said Kendall Dilling, interim director of the Oil Sands Pathways to Net Zero Alliance https://www.oilsandspathways.ca/

The alliance consists of six oilsands operators — Canadian Natural, Cenovus, ConocoPhillips, Imperial, MEG Energy and Suncor — that account for 95 per cent of bitumen production in northeastern Alberta. Extracting and refining oilsands bitumen uses a lot of energy, resulting in higher carbon emissions per barrel than other crudes.

If oilsands producers want to remain competitive they are going to have to do something about all that carbon.

That’s where CCUS and the tax credits come in. The oilsands producers are proposing to build a $1.5 billion pipeline that would ship carbon dioxide from the oilsands area to an underground facility 400 kilometres south in Cold Lake, Alta., thus reducing emissions while still allowing for oil production. With the Liberals new plan 50 per cent of the cost of the project would qualify for tax credits.

Of course, a lot of questions remain. Is this simply green washing on the part of the oilsands operators? Can costly CCUS facilities make enough of a difference? Why doesn’t the industry, now awash in profits, finance decarbonization itself? Will the Alberta government come to the table and add other incentives even though Premier Jason Kenney doesn’t want to be seen working with the federal Liberal government? He is in the midst of a leadership review and his base wouldn’t approve at all.

Kenney certainly had that base in mind when he said on his weekly radio show that the Liberals’ plan to cut carbon emissions is “nuts” and he planned to fight it “with everything we’ve got.”

His influential sidekick, Jason Nixon, called the Liberal strategy to reduce emissions an “insane” plan that would have “devastating economic consequences all across the country for our largest industry.” Hard to believe, but Nixon is the environment minister.

But this time around it looks like the government is isolating itself into a tight corner in order to appease Kenney’s base, which includes a lot of mid-size and small oil and natural gas producers who won’t benefit as much from the Liberal strategy.

Meanwhile Big Oil is forging ahead without them, collaborating with Justin Trudeau’s Liberals.

Of course, it remains to be seen if any of this will significantly reduce carbon emissions and curb climate change.