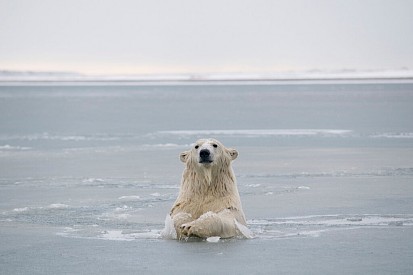 WASHINGTON — The Biden administration on Tuesday suspended oil drilling leases in the Arctic National Wildlife Refuge, unspooling a signature achievement of the Trump presidency and delivering on a promise by President Biden to protect the fragile Alaskan tundra from fossil fuel extraction.

The decision sets up a process that could halt drilling in one of the largest tracts of untouched wilderness in the United States, home to migrating waterfowl, caribou and polar bears. But it also lies over as much as 11 billion barrels of oil and Democrats and Republicans have fought over whether to allow drilling there for more than four decades.

A formal order from Interior Secretary Deb Haaland paused the leases until her agency has completed an environmental analysis of their impact and a legal review of the Trump administration’s decision to grant them.

While the move follows President Biden’s Inauguration Day executive order to halt new Arctic drilling, it also serves as a high-profile way for the president to solidify his environmental credentials after coming under fire from activists angered by his recent quiet support for some fossil fuel projects.

“President Biden believes America’s national treasures are cultural and economic cornerstones of our country and he is grateful for the prompt action by the Department of the Interior to suspend all leasing pending a review of decisions made in the last administration’s final days that could have changed the character of this special place forever,” said Gina McCarthy, the White House domestic climate policy adviser.

Environmentalists have criticized moves by the White House last month to legally defend a major drilling project elsewhere in Alaska, to pass on an opportunity to block the contentious Dakota Access oil pipeline, and to support a Trump-era decision to grant oil and gas leases on public land in Wyoming.

“Suspending leases in the Arctic Refuge is a major step forward in keeping President Biden’s campaign promise and cutting carbon pollution,” said Gene Karpinski, president of the League of Conservation Voters. “Going forward, we also need to ensure the administration keeps its climate commitment across the board. A ‘drill here, don’t drill there’ approach will not get the job done.”

But Alaskan elected officials were livid.

Senator Lisa Murkowski, a Republican, said in a statement that the suspension of leases was contrary to federal law because the Tax Cuts and Jobs Act that was passed by the Republican-controlled Congress in 2017 directed the interior secretary to create the leasing program. “Neither the president nor the secretary are given the discretion to decide otherwise,” she said.

Gov. Mike Dunleavy, also a Republican, called the move an “assault on Alaska’s economy” and pledged to “use every means necessary to undo this egregious federal overreach.”

“Alaska does responsible oil and gas development in the Arctic under stricter environmental standards than anywhere else in the world,” Governor Dunleavy said. “Yet the federal government is focused on trying to stop our ability to produce oil and gas. Each action they take demonstrates a failure to comprehend the worldwide demand for oil and gas.”

Last month, the world’s leading energy agency warned that governments around the globe must stop approving fossil fuel projects now if they want to prevent the pollution they produce from driving average global temperatures above 2 degrees Celsius compared with preindustrial levels. That’s the threshold beyond which scientists say the Earth will experience irreversible damage.

Experts observed that the timing of the announcement to suspend the drilling leases in the refuge, coming on the heels of the fossil-fuel friendly actions by the administration, could be designed to appease Mr. Biden’s environmental critics.

“This will help solidify the president’s bona fides in opposing major new fossil fuel projects,” said Michael Gerrard, director of the Sabin Center for Climate Change Law at the Columbia Law School. “He doesn’t have a 100 percent clean record on this. This is certainly a step that the environmental community will smile on, coming at this moment, in view of the recent actions that environmentalists didn’t like.”

Still, the suspension of the leases alone does not guarantee that drilling will be blocked in the Arctic refuge. The administration has only committed to reviewing the Trump leases, not canceling them. If it determines that the leases were granted illegally, it could then have legal grounds to cancel them.

“I wouldn’t say that it halts it but it slows it down considerably,” Mr. Gerrard said. “People knew that it was vulnerable and that they couldn’t count on the Trump leases sticking. At a minimum it’s a blinking yellow light for potential developers and investors.”

Conservative groups contend that Mr. Biden’s suspension of the leases may be illegal. “The government cannot enter into a contract to take over $14 million and then invalidate the contract without cause,” said Devin Watkins, an attorney for the Competitive Enterprise Institute, an organization that worked with the Trump administration in its efforts to roll back environmental protections. “No cause for canceling the ANWR leases has been provided.”

Policy experts also noted that any moves by Mr. Biden to block Arctic drilling could be undone by a future administration.

Environmental groups applauded the move but called for a permanent ban on Arctic drilling.

“Until the leases are canceled, they will remain a threat to one of the wildest places left in America,” said Kristen Miller, acting director of the Alaska Wilderness League. “Now we look to the administration and Congress to prioritize legislatively repealing the oil leasing mandate and restore protections to the Arctic Refuge Coastal Plain.”

The refuge, 19 million acres in the northeastern part of the state, had long been off limits to oil and gas development, with Democrats, environmentalists and some Alaska Native groups successfully fighting efforts to open it.

But President Donald J. Trump made opening a portion of it, about 1.5 million acres along Prudhoe Bay that is known as the Coastal Plain, a centerpiece of his push to develop more domestic fossil fuel production.

In 2017, the Congress included language in a tax bill establishing a leasing program as a way of generating revenue for the federal government. But an environmental review, required under federal law, was only completed last year.

Environmental groups and others immediately sued the Trump administration, saying the review was faulty. For one thing, they said, the analysis discounted the impact of oil and gas production on climate change.

While the issue remained in the courts, the Trump administration went ahead with a lease sale in early January, just weeks before Mr. Trump left office.

There had been little interest in the leases, at least publicly, from major oil companies, given the high cost of producing oil in the Arctic, the growing desire to reduce fossil fuel use, and the reputational risks of drilling in such a pristine area. After pressure from environmental organizations and Native groups, major banks had pledged not to finance any drilling efforts in the refuge.

The apparent lack of interest was borne out in the sale. Only two small companies made bids to acquire 10-year rights to explore and drill for oil on two tracts totaling about 75,000 acres.

A state-owned economic development corporation in Alaska, offering the minimum of $25 an acre, was the sole bidder on the other tracts, totaling about half a million acres. That raised legal issues, including whether the state had standing to purchase leases, that have not been resolved.

In a statement, Alan Weitzner, executive director of the state corporation, the Alaska Industrial Development and Export Authority, said the Biden administration had yet to provide documentation “of any deficiencies that would warrant a suspension of leases.”

Ms. Miller, acting executive director of the Alaska Wilderness League, one of the groups that had sued the Trump administration, said the leasing program and resulting sale were the result of a “flawed and legally deficient process.”

The move comes as the Biden administration weathers criticism for recent decisions to either support or fail to block major oil and gas drilling projects.

Two weeks ago, Ms. Haaland called Ms. Murkowski and the rest of Alaska’s congressional delegation to inform them she would approve of a multibillion dollar ConocoPhillips oil drilling project in the National Petroleum Reserve. The project, which Ms. Haaland opposed when she served in Congress, is expected to produce more than 100,000 barrels of oil a day for 30 years, locking in decades of new fossil fuel development.

Also last month, Mr. Biden opposed in court shutting down the bitterly-contested Dakota Access pipeline, which is carrying about 550,000 barrels of oil daily from North Dakota to Illinois. It also could have decided to halt the pipeline while the Army Corps of Engineers conducts a new court-ordered environmental review, but it opted not to intervene.

And in Wyoming, the Biden administration defended 440 oil and gas leases issued by the Trump administration on federal land that is also the critical habitat of the sage grouse, mule deer and pronghorn.