‘Best Is Yet to Come’ for Energy Storage Technology 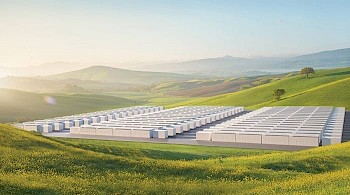 Advancements in batteries, along with an improved regulatory environment and more investment, could make this decade the Roaring ’20s for energy storage.

Many areas have been considered a focus for the electric power industry in recent years. The grid continues to face several challenges, as technology advancements transform the way electricity is produced and delivered.

Industry analysts have told POWER that energy storage, be it from batteries, thermal systems, mechanical storage, hydrogen production, or pumped hydropower, is critical to the advancement of the power sector. The need for storage is considered paramount to the electrification of transportation and other businesses, and to continued growth in renewable energy.

“For energy storage, the best is definitely yet to come,” said Ryan Brown, co-founder and CEO of Salient Energy, a Canada-based zinc-ion battery manufacturer. Brown told POWER, “We know that the industry is still in its infancy in almost all respects. While adoption is already meaningful and rapidly accelerating, a clean energy world will require trillions of dollars’ worth of additional capacity to be installed.

“The increasingly favorable regulatory environment for energy storage, combined with the evolution of business models that are bringing more capital into the space, means that the 2020s will be a breakout decade for the energy storage sector,” Brown said.

The U.S. Energy Information Administration (EIA) in a summer 2020 report said batteries are a key part of the energy transition (see sidebar), especially when it comes to providing grid energy storage and electrifying transport. Battery energy storage systems (BESS) have grown significantly in the U.S. over the past decade (Figure 1). The EIA said that in 2010, seven U.S. battery storage systems accounted for 59 MW of power capacity. By year-end 2018, there were 125 systems in operation, with 869 MW of installed power capacity. Those EIA figures do not include recent capacity additions, including the 1.2 GW of storage installed in the U.S. in 2020 set to come online in the next year, most of it in California.

Kelly Speakes-Backman, former CEO of the Energy Storage Association who was recently named to a top post at the U.S. Dept. of Energy, told the audience at POWER’s Distributed Energy Conference last year that additions of battery storage doubled in 2020, and probably would have tripled if not for construction slowdowns caused by the COVID-19 pandemic. 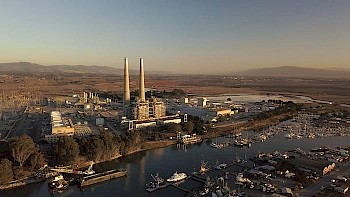 Lower battery costs have supported growth. The EIA said the cost of utility-scale battery storage in the U.S. fell almost 70% between 2015 and 2018. The U.S. National Renewable Energy Laboratory (NREL) projects that increased battery production, and market competition, will continue to drive costs down. NREL recently said it sees mid-range costs for lithium-ion batteries falling another 45% by 2030.

“We’ve been following storage for years, and it’s always been ‘almost’ there,” said Morten Lund, a partner in the Energy Development group with Stoel Rives, and chair of the firm’s Energy Storage Initiative. Lund said having storage attached to solar power installations “is almost standard for the U.S. You can use peakers [gas-fired peaking plants] for your short-term leveling, and storage when you need to take care of overgeneration. It makes it easily the most cost-effective solution for that problem in California [Figure 2].

“We’ve been through a few technology cycles,” Lund told POWER. “Lithium-ion is the dominant technology, and is likely to stay that for the foreseeable future. It’s relatively cheap, and it works, [and] the stuff that works better right now is more expensive. In this country, these decisions are made by the market, and the market looks for the good-enough, low-cost thing of the moment.”

Storage tech includes pumped hydropower, creating large-scale reservoirs of energy with stored water. And then there’s hydrogen—where excess electricity generation can be converted into hydrogen via electrolysis and stored.

“Hydrogen is by far the most exciting recent technology to be advanced by industry, albeit, it, too, is an old technology that has been given a new lease on life,” said Brian Restall, senior director for Quinbrook Infrastructure Partners, a renewable energy investment company. “Hydrogen is by far the biggest competition to batteries for stationary and vehicle applications.”

Restall said it’s important to develop alternatives to lithium-ion-based storage systems. “As electric vehicles become more accepted and popular, lithium-ion batteries’ supply chains are coming under pressure to supply both stationary and vehicle applications,” Restall told POWER. “For stationary energy storage, lithium-ion has a relatively limited ability to support 2-hour-plus energy storage needs. As a result of this and also ESG [environmental, social, and governance] concerns over cobalt, it is good to see industry investing in alternative chemistry such as LFP [lithium-iron-phosphate] to replace lithium-ion, and also the rise in flow batteries such as Eos [which offers a zinc hybrid cathode device].”

“I am hoping that hydrogen as an energy storage medium will become viable. Hydrogen has almost been there for a long time,” said Kelly Echols, a partner with Stoel Rives and co-chair of the firm’s Energy Technologies Working Group. “I’m hopeful that we may actually be on the cusp, where this P2H [power to hydrogen] will become a reality, where it can be produced at a low-enough point to be cost-effective.”

Echols told POWER, “There does seem to be a demand, essentially in a fuel cell. You can store it longer, and with fuel cells, the storage capability, the ways you can hold onto that hydrogen, it could be longer. There does seem to be a lot of interest in this combined electrical hydrogen future, where they’re complementary to each other, not competitive… where hydrogen is used in long-haul trucking, and we see interest in air transport.”

Eric Martin, a Stoel Rives partner focused on natural resource development, told POWER, “From a hydrogen perspective, the utilities that are facing this prospect are where the public is concerned about GHG [greenhouse gas] emissions, and climate change. It’s a way to adapt their existing infrastructure in a less-climate-intensive way. Then there’s the demand function from the end-users. If you’re the owner/operator of a fleet, and you’re [deciding] what type of vehicles you’re going to have, then it’s feasible [hydrogen] could be implemented.”

The hardware involved with energy storage—batteries, inverters, etc.—receives a lot of attention in storage discussions. Shamik Mehta, director for product marketing for Data Platform at Intertrust, told POWER, though, that “software is one of the most important BESS components. The software controls and sets limits on how much each cell can be charged to, discharged to, how fast to charge or discharge, and more.”

Mehta said the software “has to detect the state of charge and depth of discharge of each individual cell and monitor each cell’s health and temperature. When a typical battery pack can run up to tens of thousands of cells, this quickly becomes a challenge. Whether it’s energy arbitration, demand response, or other energy storage applications, the software and its associated algorithms decide the right times to charge and discharge, controlling how much, far, or fast to charge or discharge each cell and pack, and when.”

“Where the battery really has a place is in reliability,” said Anthony Shaw, CEO and founder of Progeneration Energy, a Texas-based energy project developer. “I think storage is the next evolution. If you’re comfortable with solar, then the next step is to ask about the storage aspect. Right now, for many, storage is kind of a nice to have. The assumption is that if the battery is being used simply to store excess power, it doesn’t pencil.”

Shaw told POWER about a project his company worked on—a facility that “wanted the added benefit of backup power. For them, having a storage component made sense.” He said the cost of batteries has been an issue, but technology advancements are helping in that regard.

“They’re moving in the right direction, and they’re moving very fast,” he said. “The cost of [initiating] scaled production is probably the next step.”

An international group of researchers in January announced they had reached a breakthrough in the development of zinc-air batteries, an alternative to lithium-ion that could be cheaper to produce and involve fewer mining challenges. The group, led by Wei Sun, a researcher at the University of Münster in Germany, said they are close to producing a battery that won’t catch on fire thanks to its incorporation water, along with a hydrophobic zinc salt.

The battery could be especially beneficial for utility-scale energy storage, said Chunsheng Wang, director of the Center for Research in Extreme Batteries at the University of Maryland and a co-author of a paper that was published in the journal Science. “We think this has potential to compete with lithium-ion batteries,” Wang said.

Zinc-air batteries typically have not been used for grid energy storage because of their chemical instability and relatively short lifecycle, the group said. But Wang said these batteries could be safer than lithium-ion cells because they incorporate nonflammable water and “open cell architecture,” rather than a closed structure. Wang said zinc also is less environmentally destructive to mine and produce compared with lithium.

Roberto Denti, operations director at Greece-based storage developer Systems Sunlight, told POWER that while most of the focus in energy storage “has been on the consumer automotive sector, there is significant opportunity for development in the industrial sector—more specifically, the renewable energy sector, to create safe, reliable, and sustainable batteries for heavy-duty applications such as energy storage for solar and wind farms. The opportunity also lies in other areas where industrial batteries are needed such as shipping, electric buses, and automated guided vehicles,” or AGVs, which is Sunlight’s market.

“By developing new technologies that will usher in a clean energy future, we will hopefully see a wide-scale adoption of energy storage applications, leading to a fully electrified industry,” Denti said.