Australian government pledges to recycle all plastics by 2040 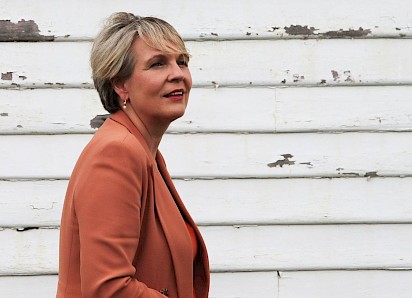 Environment Minister Tanya Plibersek says despite the collapse of a major soft plastics recycling scheme, the federal government has set a target to recycle or reuse 100 per cent of plastic waste by 2040 and end plastic pollution.

Ms Plibersek says the government has made the ambitious pledge to recycle all virgin plastics by that year.

Virgin plastics are any plastics made from non-recycled material.

Currently, Australia only recycles and reuses about 16 per cent of the more than 1 million tonnes of plastic in circulation.

The previous government set a target of recycling 70 per cent of plastics by 2025.

Ms Plibersek acknowledged the target was ambitious given the “poor” state of recycling in Australia but said it was an important move to join the High Ambition Coalition to End Plastic Pollution, which includes Canada, the United Kingdom and a number of Pacific nations.

“Australia is a large producer of waste by global standards,” Ms Plibersek told 7.30.

“We haven’t got good recycling at the moment.

“We’ve got to do better, and by working in this global coalition it’s signalling that we’re prepared to be held to account.”

Last month the Commonwealth, along with the states, also promised to reform packaging regulation by 2025 and aim to create a better circular economy by 2030.

“My vision is for us to achieve a plastic-free Pacific within our lifetime,” Ms Plibersek said. 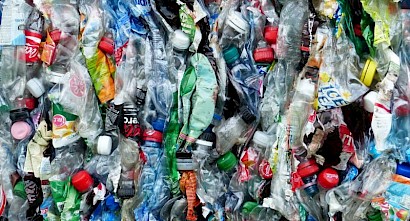 “In the Torres Strait and Timor Sea, abandoned fishing gear is killing marine animals on an industrial scale.”

Ms Plibersek added that more legislation to bring bigger polluters into line would be considered to make the targets.

“That’s what will happen if industry can’t get this right: then we — the Commonwealth — and the states will step in and we will have to regulate,” she said.

The recycling of soft plastics suffered a major blow last week when the REDcycle recycling scheme was suspended after it was revealed the company was unable to offload the plastics it had acquired from waste bins at Woolworths and Coles.

Recycling experts have said the recycling situation in Australia has been perilous for some time.

David Hodge, owner of Plastic Forests, a former partner of REDcycle, said retailers felt their responsibility to reduce waste ended once they placed REDcycle bins in their stores.

“There’s just too much [plastic] going in and not enough recycled product going out,” he said.

He said the nation’s big two retailers offered no support to on-sell his product, which was made from REDcycle plastic waste.

“What we’ve seen from the retailers is that they’ve participated in the [REDcycle] program well. What we’re seeing is that they’re not taking the next step, which they need to do, and they need to support the sale of the product on the shelves,” Mr Hodge said.

Mr Hodge said the government should look at providing an incentive to the large retailers to ensure they bought back the products made with the waste they had created.