At least 15 China-Backed coal plants canceled, another 37 GW in limbo 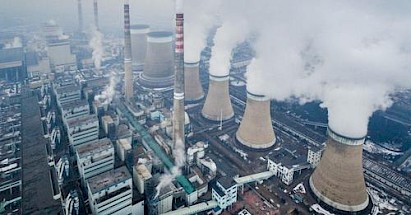 A research group focused on the energy industry and its impact on air pollution said the Chinese government’s decision to no longer provide financing for overseas coal projects has resulted in the cancellation of at least 15 coal-fired power plants in recent months. The group said China’s investments are so far-reaching that the change in policy could result in more than a third of all new global coal-fired power projects outside of China and India being abandoned.

The Helsinki, Finland-based Centre for Research on Energy and Clean Air (CREA) on April 22 said those projects, which were all in the planning stages and had been earmarked to receive Chinese financing, equipment, or both, would have provided about 12.8 GW of power generation capacity. The group said its research shows another 37 GW of capacity, currently in a pre-construction phase, also could be canceled.

An additional 18 projects, with total capacity of 19.2 GW, remain in what the group called a “grey area” and could still move forward. The CREA said 11.2 GW of those projects “have secured financing and the necessary permits but have yet to enter into construction. Another 8 GW are proposed captive coal projects linked to BRI [Belt and Road Initiative] nickel and steel complexes in Indonesia and considered a government priority.” The CREA said Chinese firms were awarded engineering, procurement, and construction contracts “on two new captive power plants linked to BRI industrial complexes in Indonesia in 2022; this highlights a potential loophole, where EPCs on BRI industrial projects are treated as an exception.”

Chinese President Xi Jinping in an address to the United Nations in September of last year said China would end its support of coal projects outside the country as part of its pledge to reduce greenhouse gas emissions from the energy sector. Analysts at the time said that decision could impact more than $50 billion in overseas energy investments.

China continues to support its domestic coal industry, though, with news reports saying the government wants to boost coal production capacity by 300 million tons this year. That represents a 7% increase above the 2021 output of 4.1 billion tons, a figure that was 5.7% higher than 2020.

CREA in its report released Friday said China’s state planning agency that oversees the country’s investments said in March that officials might re-examine financial commitments to at least another three dozen Chinese-backed power plants, representing 30 GW of capacity, under construction in other countries. “Projects under construction … are recommended to proceed ‘steadily’ and with ‘caution’,” CREA said. “This leaves options open for Chinese firms to withdraw if they have sufficient reason and manageable penalties to do so, particularly if projects are in earlier stages of construction.”

‘First of Its Kind’ Directive

Though China is pulling back from its foreign investments in coal projects, the country continues to add more coal-fired generation capacity, with 33 GW entering the construction phase in 2021, the most in a single year since at least 2016. CREA earlier this year said China’s new coal-fired generation capacity was more than three times the rest of the world combined.

Jinping has said China wants to be a carbon-neutral economy by 2060, and state officials have said they will begin reducing their consumption of coal for power generation and other industries after 2026. Researchers with the State Grid Corp. of China, though, have said the country “is likely” to bring another 150 GW of coal-fired power generation capacity into operation before those reductions begin.