Arctic Council affirms it: the Arctic is warming at three times the global rate 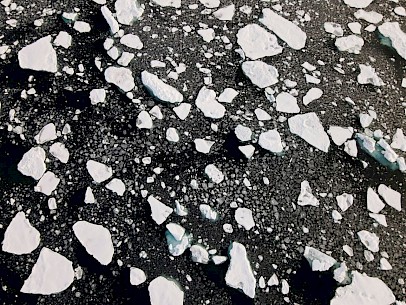 It is time to stop saying that the Arctic, with its melt-and-thaw feedback loops, is warming at twice the global rate, according to a new report.

The Arctic is actually warming three times as fast as the world as a whole, asserts the report, issued last week by the eight-nation Arctic Council.

“Over the past 49 years, the Arctic has warmed three times faster than the world as a whole, leading to rapid and widespread changes in sea ice, land ice (glaciers and ice sheets), permafrost, snow cover, and other physical features and characteristics of the Arctic environment. These changes are transforming the Arctic, with far-reaching consequences,” said the statement summarizing the 2021 Arctic Climate Change Update issued by the council’s Arctic Monitoring and Assessment Program working group.

The new benchmark got a prominent mention in the declaration issued at the end of the ministerial meeting in Reykjavik. The council noted “with utmost concern that for the past 50 years the Arctic has warmed at a rate three times the global average with harmful effects on the environment, biodiversity, society and infrastructure, as well as on subsistence-based livelihoods of many Arctic communities,” said the Reykjavik declaration, which used strong terms to describe climate change and the steps recommended to address it.

The new benchmark is not so much of a change as a refinement that reflects reality, said climate scientist Rick Thoman, who was not involved in the report.

“It’s clear that this 40-year calculation — three times as warm — is completely defensible,” said Thoman, who is with the Alaska Center for Climate Assessment and Policy at the University of Alaska Fairbanks.

Sea ice extent declined 43 percent from 1979 to 2019, as measured by the National Snow and Ice Data Center, and snow volume on sea ice in the western Arctic declined by a third in the past three decades, the report said. Permafrost has warmed by 2 degrees to 3 degrees Celsius over the period, it noted. Precipitation in the Arctic has increased by 9 percent since the 1970s, but that increase is all in the form of rain; snowfall rates have been constant, the report said.

The report, drawing on numerous recent studies from around the Arctic, listed increases in extreme events like heatwaves, floods and wildfires. It also noted some of the economic costs of those thaw and extreme events. Severe wildfires in Sweden in 2018 damaged reindeer habitat, causing an estimated 64 million Euros in losses to herders, for example. And permafrost thaw will likely add 10 percent to the cost of infrastructure maintenance in Alaska, it said.

The AMAP report also updates information about how climate change has affected transportation. Travel that requires sea ice as a platform has been negatively affected, it said. In Greenland, for example, hunters who travel by dogsled on sea ice are able to do so only three months out of the year, down from the previous five months, it said.

Cruise visitation around the world was interrupted by the COVID-19 pandemic, including the Arctic, where about half of the scheduled cruises were canceled or postponed, the AMAP report noted.

A law passed Monday will allow for some cruise ships to visit Alaska waters this year, but trips through the Bering Strait to the Northwest Passage are still on hold, because a continued ban on cruise ships in the Canadian Arctic that extends through 2022.