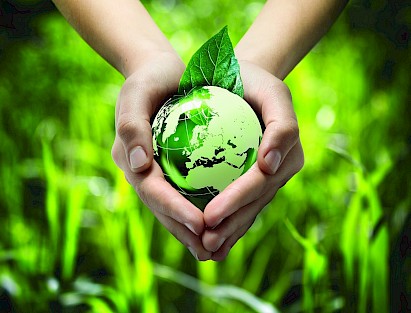 The Australian Organics Recycling Industry’s Vision 2031 provides a snapshot of the industry and the road ahead to meet government organic recycling targets.

Launched at the 2022 Australian Organics and Recycling Association (AORA) conference by Peter Wadewitz OAM, AORA Chairperson, the roadmap is a comprehensive analysis of the industry now, how it is developing to meet government targets for organic recycling rates and the benefits that will be derived by the Australian economy, environment, public and industry if the targets can be met.

The roadmap has been a long time coming and is the result of the determination of Peter Olah, former AORA National Executive Officer, to bring together a document that is built on facts and figures but offers a tangible pathway for the industry.

Laying the baseline for the roadmap is the AORA Economic Contribution Report, launched in March 2020 and using data from 2018-19 when Australia’s overall organic recycling rate was 51.5 per cent. South Australia is currently achieving the highest organics material recycling rate at 78.9 per cent (equivalent to 722 kilograms per person per year), followed by the Australian Capital Territory, New South Wales, Victoria, Queensland, Tasmania, Western Australia, and the Northern Territory. The industry provides 4845 jobs, pays more than $366 million in wages and salaries, and has a collective turnover of more than $2 billion.

If all states and territories achieved an 80 per cent recycling rate for organic material, the industry would generate 2682 extra jobs paying $203 million in wages and salaries, an extra $1.7 billion in sales, an additional $1.6 billion in supply chain opportunity and $401 million in industry direct value toward the Australian economy.

If the economics of this were not compelling on their own, the environmental considerations are equally persuasive – an additional 2,102,377 tonnes of greenhouse gas emissions would be saved, equivalent to 3,144,006 trees planted or 486,021 cars taken off the road each year. That is without the considerable benefits to improving soil quality, water retention, drought mitigation, and the positive impacts on soil salinity and soil compaction as a result of the application of the industry’s products.

To realise the potential economic and environmental benefits, the report clearly notes two conditions have to be met: The right policy settings from governments, and industry capacity to take up the opportunities.

Neither of these conditions are inevitable.

AORA is already well established and dedicated to working with all levels of Australian government to secure consistent and appropriate policy settlings for organics recycling. It is why AORA delivered its second industry study, the second supporting document to Vision 2031, addressing industry capacity.

Vision 2031 is neither an academic study nor a technical analysis of organic recycling in Australia. It has been designed and written to capture the practical knowledge and common sense of the Australian Organics Recycling Industry and to show a clear and achievable path to its significant growth and opportunities.

The roadmap is broken down into seven key sections: context, starting point, possible future, inputs, industry, and outputs, culminating in the roadmap itself.

The roadmap highlights the importance of all three levels of government working together with the industry. It doesn’t seek to reinvent the wheel but looks at the key objectives of the National Waste Policy, of which 11 of the 14 are central to the future of organics recycling.

The risk to the industry is not an off-shore decision, such as China’s National Sword policy, or export bans, the risk is siloed decision-making within the different arms of government.

Governments are a key player in moving finished product to end users. Put simply, governments and the industry must work together to do better. Vision 2031 is a roadmap to do so.