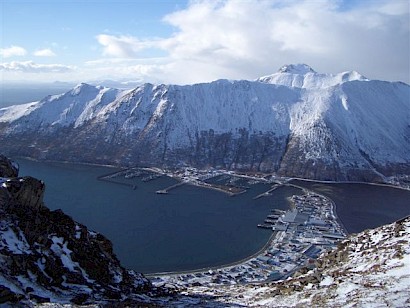 Long-running environmental disputes in Alaska are like the state’s volcanoes. They can be quiet for years, but rumble to life now and then, venting a little steam here, a little lava there. Only once in a while is there a full-blown eruption.

Two of the fights flared up in recent weeks, and one of them moved closer to fizzling for the last time. That would be the dispute over the Pebble Mine, a proposal for an open-pit copper and gold mine about 200 miles from Anchorage in the watershed of Bristol Bay, home to one of the most productive wild salmon fisheries in the world.

As Coral Davenport, one of our Washington climate reporters, wrote, the Environmental Protection Agency proposed a ban on the disposal of mining waste in the watershed. That would effectively kill the project, which had been put forward in one form or another since the mineral deposits were discovered in the 1980s.

The other dispute, over a road that the isolated village of King Cove on the Alaska Peninsula has wanted to build through a national wildlife refuge for about as long a time, remains much more of an open question. As I reported, none other than former President Jimmy Carter, at age 97, has waded into the fight, arguing in a legal brief that a recent court ruling that would allow the project to move ahead could have a devastating effect on a seminal piece of legislation, the Alaska National Interest Lands Conservation Act. Carter championed the measure and signed it into law during his administration.

There are other long-running environmental conflicts in Alaska as well. Among them is the dispute over oil drilling in the Arctic National Wildlife Refuge, which has simmered since the 1970s, and the fight over the Ambler Road, a proposal for a 210-mile mine-access road, part of which would run through Gates of the Arctic National Park. The project is a relative newcomer, having been first proposed in the 2000s.

Clearly, environmental disputes in Alaska are in a league of their own. The reasons are complex, but here’s a quick basic look at some of them.

There’s a lot of environment to fight over. Alaska is a behemoth, and aside from the Anchorage area, Fairbanks and Juneau, still largely undeveloped, with more wilderness by far than any other state. The law at the center of the King Cove dispute, for instance, in one fell swoop provided protection for 104 million acres of land. That’s an area the size of California, and nearly 5 percent of the total land area of the United States.

There are a lot of resources to fight over, too. The metals that the Pebble Mine would extract are estimated to be worth $300 billion. The commercial salmon fishery that opponents say the mine would harm generates about $2 billion in economic benefits a year, according to a recent report. These are just two examples the state’s richness in resources. Oil is another, with tens of billions of barrels already produced and billions more thought to be present in places like the Arctic National Wildlife Refuge.

It’s not just environmentalists vs. business interests. Another seminal piece of federal legislation, the Alaska Native Claims Settlement Act of 1971, was an effort to treat Indigenous peoples in the state more justly than they were treated in the Lower 48 under the reservation system. In return for giving up aboriginal claims to Alaska’s land, the act established for-profit Native corporations, both regional and local, and transferred about 40 million acres of land to them. Native corporations are everywhere in the state, and thus have been involved in many of the environmental fights, on both sides. In the King Cove road dispute, for example, the local Native corporation wants the road, arguing that it is needed for medical emergencies. But some Native corporations elsewhere are against it, concerned that by going through the wildlife refuge the road would affect populations of migratory geese that their members have traditionally hunted for food.

Alaska has an independent streak. Alaskans refer to leaving the state as “going Outside,” and can be wary of Outsiders, be they politicians in Washington or environmentalists from the Lower 48. This is mirrored in the state’s politics as well. In her re-election campaign fund-raising this year, for example, Senator Lisa Murkowski, a Republican and one of the more powerful legislators in Congress, denounces “Outside radicals” and says she “stands up to out-of-state politicians.” In some environmental fights, arguments can reflect this attitude: The idea that “we don’t want others telling us what’s best to do with our land.”