Alaska may need to brace for more thunderstorms — along with the landslides, floods and wildfires they can bring — if current climate trends continue, a team of scientists warns.

Two studies suggest the rapidly warming U.S. state could see triple the number of thunderstorms by the end of this century. 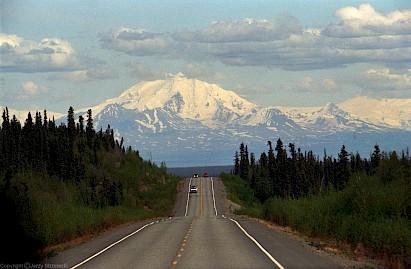 But Alaska is also affected by the rapid retreat of Arctic sea ice, which is exposing more open water nearby, allowing more water vapor to enter the air, the scientists explain in the two related papers published in the journal Climate Dynamics. The first was published in September (bit.ly/3klRfiC), and the second on Tuesday. (bit.ly/2ZQ3Qks)

The open water proved significant in calculations and computer simulations that considered Alaska’s past weather data and projections of future sea-ice cover and temperature conditions, according to the team, led by scientists from the Paris Sciences and Letters University and the National Center for Atmospheric Research.

“In Alaska, it’s almost like you’re adding an additional ocean next to the state,” said co-author Andreas Prein, a climate scientist at the National Center for Atmospheric Research in Boulder, Colorado. “Once the ice is gone, the ocean is adding a lot of moisture into the atmosphere.”

The link between climate change and lightning is still being investigated. Another research team published a study in 2014 in the journal Science suggesting there is roughly 12% more lightning for every 1 degree Celsius of atmospheric warming above preindustrial temperatures.

With increased thunderstorms, the new research projects an increase in extreme rainfall by 37% by 2100.

Such heavy rainfalls interspersed with dry periods pose potential dangers, including in areas already vulnerable to permafrost thaw, he said.

Prein said he hopes the worst of the predictions – based on assumptions that carbon emissions will continue at current “business-as-usual” levels – will not come true. “I’m hoping that we can mitigate some of that.”

Climatologist Brian Brettschneider with the National Weather Service in Anchorage characterized the new research findings as a mixture of theory, modeling and planning for the worst.

“It puts some bounds on what may happen in the most extreme scenario,” said Brettschneider, who was not involved in the studies. That knowledge is valuable for public policy decisions, emergency planning and infrastructure management, he said. “Sometimes the worst-case scenarios do happen.”

Recent weather patterns in Alaska support the studies’ findings to some degree, he said. Thunderstorms have been more frequent in recent years in places where they were previously rare, such as coastal Anchorage as well as the Alaskan interior.

Still, Brettschneider cautioned against interpreting those events as a pattern. “We don’t have enough data to establish trends,” he said.

In Anchorage, the frequency of thunderstorms increased over the past two decades from an average of 0.8 days a year to about double that, Brettschneider said.