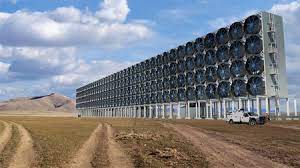 The hubs to collect carbon from clusters of emitters would advance Prime Minister Justin Trudeau’s goal of cutting emissions by 40-45 per cent from 2005 levels by 2030. The global oil industry is betting heavily that carbon capture utilization and storage (CCUS) can become a multi-billion-dollar global business with government and private investment.

To encourage private investment in CCUS projects, Canada is counting on its carbon price, which is set to rise to C$170 per tonne of carbon by 2030 from C$40, a planned tax credit, and its Clean Fuel Regulation (CFR), which requires lower emissions intensity in fuel.

The cost of building the projects, and their locations, are not yet known.

The two carbon storage hubs would be planned or under construction by 2030, with Canada sequestering at least 15 million tonnes of carbon annually by that year in total, according to the Natural Resources Department’s draft CCUS strategy, obtained by Reuters after it was shared privately in July with industry stakeholders.

“The big takeaway is the federal government is pretty serious about CCUS,” a Calgary oil industry source said.

Canadians vote for a new federal government on Sept. 20. On Sunday, Trudeau said he would cut oil and gas sector emissions based on five-year targets starting in 2025. His Liberal party is in a tight race with the Conservatives, a party that also supports carbon capture and has promised to introduce a tax credit to encourage investment.

The Natural Resources Department is doubtful whether its incentives will be enough to stimulate widespread adoption.

“It is not yet clear whether this elevated pricing signal, combined with other federal policies yet to be implemented, such as the CFR and the investment tax credit announced, will be sufficient to drive widespread CCUS adoption,” the federal strategy said.

The government’s doubts highlight challenges such as high costs and complex technology required to capture carbon.

Natural Resources Minister Seamus O’Regan could not be immediately reached.

In September, Alberta is expected to call for expressions of interest to store carbon underground, with formal project selection next year, according to two sources familiar with the process.

Many global oil and gas producers see CCUS as a way to prolong their capacity to produce fossil fuels, by locking away their emissions.

A massive expansion of carbon sequestration facilities is vital if the world is to reach net-zero emissions by 2050, according to the International Energy Agency (IEA), from around 40 million tonnes a year currently to 7.6 billion tonnes.

“It’s been five decades of huge amounts of resources, research, public and private investment and we have a global capacity to capture 0.1 per cent of emissions from the fossil fuel sector,” she said.

IEA research suggests storing carbon deep underground is safe and stable. However, the pipelines required to transport carbon to injection sites need to be monitored to mitigate the risk of ruptures.

Analysts say hubs are the most economic way to store carbon. Alberta is a rare place where suitable geology, a cluster of high emitters and government regulation are all in place, said Neeraj Nandurdikar, global head of power and renewables consulting at Wood Mackenzie.

Some smaller oil producers warn that hubs could stymie their plans to inject carbon close to their operations, many in remote regions.

Whitecap Resources, an oil producer that already stores carbon, will propose to Alberta that it manage underground space for small producers that want to inject their carbon locally, CEO Grant Fagerheim told Reuters.

Whitecap could sequester 6 million tonnes of carbon per year under the proposal, triple what it currently buries, he said.

For now, uncertainty is keeping interest in check.

After the election, more companies are likely to propose projects, said Chris Severson-Baker, Alberta regional director of the Pembina Institute.

“You might get a stampede of interest,” he said.