PLASTICIZED ~ plastic waste, through the center of the South Atlantic Ocean 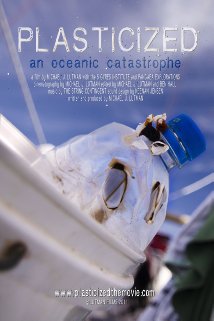 PLASTICIZED is a film that places the viewer aboard a transatlantic expedition, as if one of the crew, revealing the unembellished evidence that the human footprint has reached every corner of the earth, even if we have not been there.

Despite rumors of massive garbage islands, an immeasurable amount of plastic pollution of all sizes is floating throughout every major ocean in the world. With the numerous ghost nets of trash or larger windrows of rubbish dominating the the occasional headlines, tiny bits of plastic particulate from frail chunks is the overwhelming contaminant that is secretly infiltrating all levels of sea life like a cancer.

Every day the disposable single use items that we take for granted, such as bags, bottles and straws, just to name the tip of the plastic iceberg, find their way through mismanagement into the waterways and eventually the oceans, becoming part of the food chain. A cycle that inevitably comes round insidiously to our plates or worse, leaves our plates empty.

When conservative estimates are made in regard to the actual volume, the amount of plastic collecting in the sea is astounding. PLASTICIZED conveys a clear understanding of the issue through seeing the arduous mission cross an entire ocean from Brazil to South Africa.

With every nation, rich or poor, reaching further for dwindling resources at any cost, it is perplexing to see how we neglect one of our most precious and vital assets, the Ocean